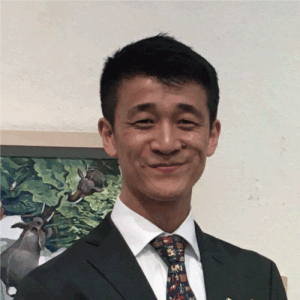 Born in Kanagawa in 1988.
Waseda University, Graduate school, M.S, Dept. of Electrical Engineering and Bioscience of Advanced Science and Engineering in 2013.
Held numerous solo exhibitions including "Memory of LifeⅢ" at the Silver Shell / Tokyo in 2019.
Participated to various group exhibitions and arts fairs including "PLAS 2018 Contemporary Art Show," in Korea, "Art Expo Malaysia," in 2018, "Art Elysees," in France, "Art Busan," in Korea, "Seven Person Exhibition with Yutaka Sasaki" at Iida art salon / Tokyo in 2019.
Won many prizes including Akiko Endo Prize at the 12th World Painting Award Exhibition in 2016, Showa-kai Prize at the 54th Showa-kai Exhibition in 2019. 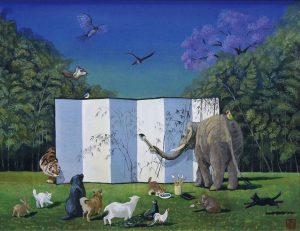 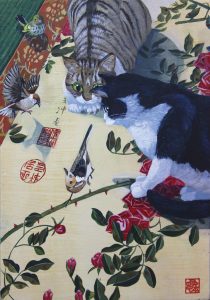 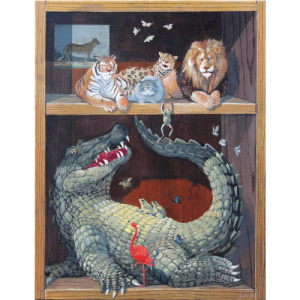 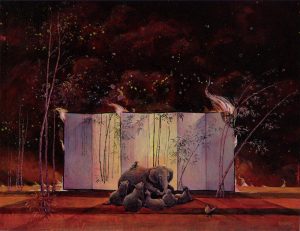 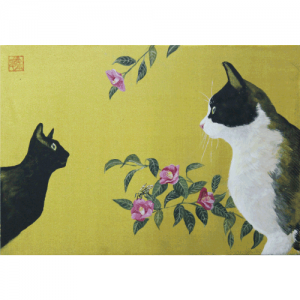 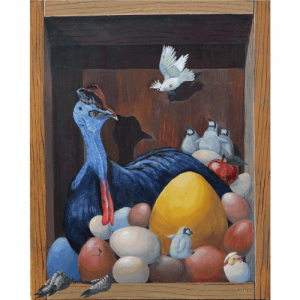 I want to create a parable of our modern society by referencing the animal kingdom.
In the animal kingdom, there exist social structures such as predator and prey, coexistence, and competition.
This structure carries no good or evil and has existed since the dawn of life.
I aim to create a piece that knows no place or age by placing human society in this structure.
My fascination with creatures led me to study structural biology at a post-graduate level.
I learned that many living things collectively share similar proteins and DNA at a fundamental level, which is why I decided to express human society in such a manner. 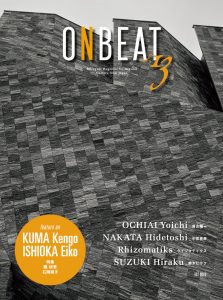