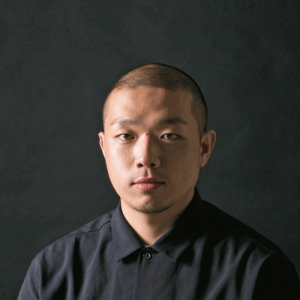 Born in Fukuoka in 1986.
Tokyo University of the Arts and Music, M.A, Fine Art Sculpture in 2011.
Held solo exhibitions including “SUSANOO -Portraits of the Gods-” at Gallery Maruhi / Tokyo in 2014, “Tiny Spirits” at Gallery Yuri / Fukuoka in 2018, “MVP” at Nihonbashi Takashimaya Gallery X / Tokyo in 2018, “SUMMER SPIRITS” at POLA MUSEUM ANNEX / Tokyo in 2019.
Selected for the 60th Japan Traditional Kogei Exhibition for the first time, and received the Best New Artist Award in 2013.
Received Merit Award of 2017 Kogei World Competition in the 3rd Triennale of Kogei in Kanazawa in 2016. Won many other prizes. 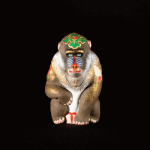 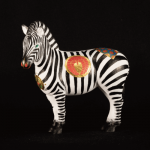 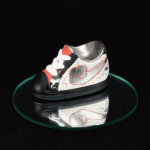 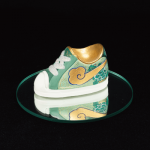 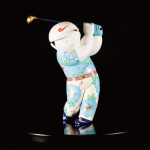 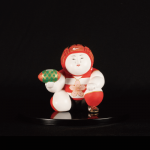 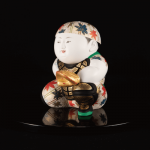 Several years ago, I began creating Ningyo (Japanese traditional dolls) with modern athletic figures. I believe these works maintain the essence of traditional Ningyo, along with a modern aesthetic.Sometimes I ponder the eternal question, of the human desire to create art, particularly figurines.
Although I was born into a family of Japanese traditional doll makers, at times I have wondered what my life entails.
I have yet to find a clear answer. However, when I sit before the wood, or clay, and imagine the story, it begins to take shape.
Before I know it, the figure is formed, without consideration of time or effort.
Almost immediately after, I return to my senses, almost as if waking from a dream. The only evidence that it was not, are the completed figures of porcelain skin and green eyes, staring back at me.During these moments, I begin to realize who I am, answering my own question.
It may seem strange, but my work is actually performed this way. Sometimes it feels like I’m caught in a web or a dream.
Hopefully, you the viewer, will also forget about time, while gazing at the Ningyo, lost in a daydream. 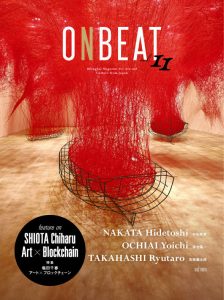