Born in Osaka in 1975. Kyoto City University of Arts, Ph.D. Fine Art Sculpture in 2003. Focusing on the surface “skin” of sculpture as an interface connecting to the senses, Nawa began his PixCell series in 2002 based on the concept of the cell, symbolizing the information age.
Adopting a flexible interpretation of the meaning of sculpture, he produces perceptual experiences that reveal the physical properties of materials to the viewer through works addressing themes related to life and the cosmos and to artistic sensibility and technology, including Direction, in which he produces paintings using gravity, Force, in which silicone oil pours down through space, Biomatrix, in which bubbles and grids emerge on a liquid surface, and Foam, in which bubbles form enormous volumes.
Recently, Nawa has also worked on architectural projects, including the art pavilion Kohtei. VESSEL, a performance work produced in conjunction with Belgo-French choreographer and dancer Damian Jalet, has been presented around the world since its premiere in 2015.
His sculpture Throne was exhibited under the Pyramid at the Musée du Louvre in Paris, France in 2018.
Director of Sandwich Inc. Professor at Kyoto University of the Arts. 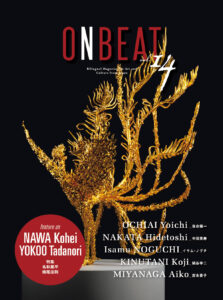 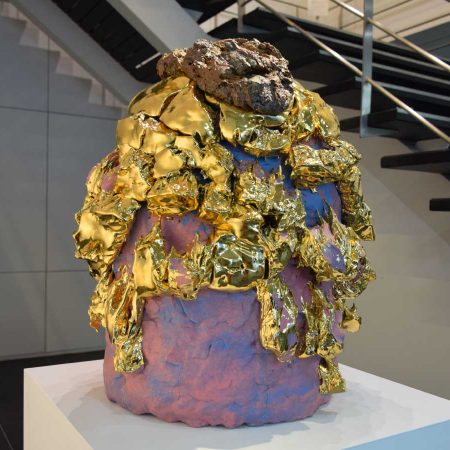 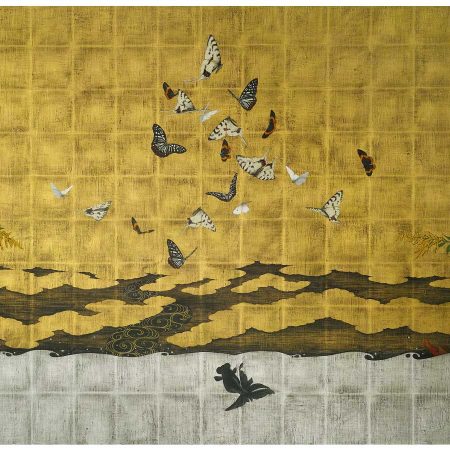